When it comes to big data, Strata + Hadoop World is the big time. It’s the world’s largest conference of its kind, where the big data community comes together to explore everything from data science and the latest innovations to the Internet of Things, legal issues, business impact and more.

Recently, the 2016 conference was held in New York City. I was lucky enough to attend, along with about 7,000 other big data enthusiasts.

Most of the big companies came forward and spoke about how they are catching up on big data. The keynote talks and sessions were really entertaining and interesting—here are some of my highlights.

1. Big data is transforming the way we see people—and the world.

In one session, Accordion Health’s president (and University of Texas at Austin professor) Sriram Vishwanath discussed several myths and facts about the impact of data science on healthcare. At another, Joseph Sirosh, Corporate Vice President of the Data Group at Microsoft, shared multiple stories about how machine learning, population data and the cloud are coming together to fundamentally reshape eye care and the future of human vision. Sirosh gave some fascinating examples of how Microsoft is working with eye care providers in India to successfully predict the outcome of LASIK, corneal transplant, cataract replacement and other critical eye surgeries. And that’s only the beginning!

In her keynote session, author Pagan Kennedy spoke about serendipity and how we can discover what we’re not looking for, comparing accidental inventions in the drug industry to innovations in big data world. There was a great quote in her deck: “The combination of quirky human creativity and data analytics can open up new paths into the unknown.” Yes!

Learn more in this eBook: Mobile Data: The Missing Link in Your User Acquisition and Engagement Strategies.

3. Big data takes us across boundaries.

Another fascinating session featured Giannina Segnini, Director of the Data Concentration program at Columbia University’s Graduate School of Journalism. Segnini talked about how the The International Consortium of Investigative Journalists (ICIJ) uses big data to investigate and report on critical multinational stories. She has been part of the ICIJ’s Panama Papers project, an investigation of more than 11.5 million leaked financial and legal records that expose a corrupt system of secret offshore companies. (Segnini even solicited more help from the big data community to parse and understand the remaining gigabytes of Panama Papers data.)

4. Big data is for everybody.

One of my favorite talks was the Ask me Anything with DJ Patil, Chief Data Scientist and Deputy CTO for Data Policy at the White House Office of Science and Technology Policy.

Patil mentioned the tremendous expansion in open data sets during the Obama administration—from about 10 when he first started to roughly 2,000 today. As Forbes contributor Bernard Marr summarized it, this openness “…means that anyone from major corporations to armchair data scientists can now use data to develop new strategies and technologies to harness it.”

Patil also stressed openness, transparency and responsibility. ComputerWorld’s Katherine Noyes captured this telling quote from Patil: “Always focus on the individual. If you do, you’ll always be right, and we can really transform this country in an unbelievably awesome way.”

What do you think is the next big thing in big data? Let us know in the comments below. 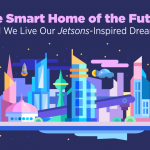 The Smart Home of the Future: Will We Live Our Jetsons-Inspired Dreams?Blog Articles, Residential Real Estate 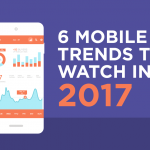