National survey from Phunware uncovers the surprising ways consumers use their mobile devices and their expectations for the future.

Austin, TX [April 5, 2017] – In a new national survey from Phunware, whose mobile app lifecycle management platform helps brands engage, manage and monetize their anytime/anywhere users, daily mobile users report that they spend an average of six hours a day on their devices, mostly on smartphones.

The survey polled more than 680 daily smartphone and tablet users to find out how they leverage mobile today and what they expect from the technology in coming years. From device preferences to dominant app categories to wish lists for new functionality, the results predict mobile’s continuing evolution from a user perspective and offer key insights for brands looking to stay relevant as they plan their mobile strategies. Today, mobile continues to be the best way for brands to reach and convert users 1:1, representing more than 65% of digital media time according to comScore—nearly 90% of which is spent in mobile applications.

“This study proves that mobile is no longer simply about competitive differentiation—it’s about survival,” said Alan S. Knitowski, co-founder and CEO of Phunware. “Mobile devices are at the core of nearly every daily function, and consumer expectations around what can be done on mobile only continue to grow. Brands that live up to those expectations and provide useful, engaging mobile experiences will pull ahead, but those who fall short will undoubtedly be left behind.”

Today’s daily mobile users spend an average of six hours per day on their devices, with a deep reliance on smartphones and tablets that extends far beyond entertainment. 82% of those surveyed said having their phones with them makes them feel safe and secure, and 60% admitted feeling anxious without their mobile device. In fact, 52% of respondents said they would rather have access to their phone or tablet than their wallet.

And no activity is immune from mobile distraction. Daily users turn to their devices everywhere they go, including their most private circumstances—while using the restroom (66%), during medical appointments (55%), while on a date (33%), while showering (16%), even while having sex (5%).

The average survey respondent has 17 apps on their smartphone and 12 apps on their tablet (excluding the apps that come standard with each device). The most frequently used app categories are social media, media and entertainment, and utilitarian apps such as maps and weather updates.

What makes daily mobile users download apps? The biggest motivators were “It’s free,” “It’s user-friendly” and “It’s fast and easy to download.” Plus, roughly half of all respondents were enticed by “features or offerings that I can only get through the app.”

Conversely, the top three reasons respondents hit delete were a lack of usefulness (84%), disruptive ad overload (81%) and poor user experience (80%). Perhaps most ominous for brands is the prevalence of app dormancy. 72% of those surveyed reported having apps on their phone or tablet they haven’t opened in over a month. When asked why they keep those apps, 27% said they simply forgot the apps exist.

Winning the Mobile Wars in the Coming Years

Right now, most daily mobile users expect their smartphone or tablet to be their primary device for consuming news (66%), shopping (53%) and playing video games (45%). A sizeable percentage rely on mobile as their primary device for watching movies or television shows (33%). What’s more telling is the fact that daily users are eager for the opportunity to do even more on mobile. For example, 58% said they’d like to book medical appointments via their mobile device, and 48% would like to vote for public officials—including the President of the United States. More than a third want to be able to use mobile to participate in jury duty. These responses point towards a growing desire to consolidate the utilitarian tasks of living within a mobile platform.

At the same time, daily users are increasingly comfortable with making high-dollar purchases on their mobile devices. 42% of respondents would purchase a car through their mobile devices, 41% would pay for college tuition, 32% want to be able to buy homes and vacation properties and 40% reported wanting the ability to select a new pet via mobile. Taken together, these data points indicate that mobile’s biggest fans are moving beyond small-time mobile shopping and are ready to embrace the convenience of making larger, more significant transactions using mobile technology.

For brands, the growing demand for more—and more varied—mobile experiences offers an incredible opportunity to understand and engage consumers at levels never before possible. Nearly half of those surveyed reported they would be willing to disclose key personal information to have a better or more useful mobile experience. What’s more, these daily mobile users are willing to provide more than an email address. While most were happy to share their personal shopping preferences, one out of five respondents would share even more personal information such as access to social media profiles, anonymized location data and updates on major life events. What would entice them to share this information? 62% of respondents said “access to discounts or promotions,” while another 40% said “the ability to reduce the number of irrelevant mobile ads.”

Phunware is the pioneer of Multiscreen as a Service (MaaS), a platform that lets brands engage, manage and monetize their users anytime, anywhere. Phunware creates category-defining mobile experiences for the world’s most respected brands, with more than 700 million devices touching its platform every month. For more information about how Phunware is transforming the way the world interacts with connected devices, visit www.phunware.com and follow @Phunware on Twitter. 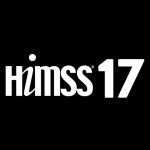 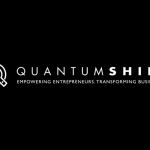