Most passengers have a plan in their heads for how their trip is going to go. When things don’t go according to plan, it’s stressful. That’s human nature. But the unexpected can and will happen, especially in air travel.

We can’t stop things like flight cancellations, gate changes and other unexpected events from happening. But what if we could lessen their impact?

With a passenger mobile app, airports can give passengers as much notice as possible while minimizing the difficulties caused by an unexpected event. And that can make all the difference between a harried, unhappy passenger and a satisfied, understanding passenger who feels cared-for and appreciated.

Here are four examples of real-life unexpected events and how mobile apps can help airports lessen their impact:

Traveling is stressful enough when everything DOES go according to plan. Airport mobile apps can help lessen the impact of unexpected events—smoothing out the rough spots for both passengers and airport operations.

Want to see how a mobile app is helping both passengers and airport administration? Check out our case study that shows how its working at Fort Lauderdale-Hollywood International Airport.

GET THE CASE STUDY

Ryan Dalby
Ryan is the Account Executive ​for Aviation and Residential, Commercial and Mixed-Use Real Estate at Phunware. Click the icon below to contact him for more information.
Recommended Posts 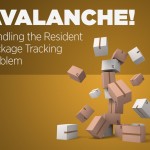 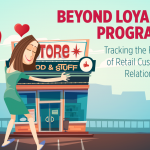