Alan S. Knitowski, Chairman, CEO & Co-Founder at Phunware, Inc. recently shared his perspective regarding the importance of accredited angel investors to his entrepreneurial success. Alan is well versed in the world of entrepreneurship. Beyond experience as an angel investor and fund manager, he is a successful serial entrepreneur with multiple exits to companies such as Cisco Systems, Level 3 Communications and Internet Security Systems (now IBM).

What role has angel capital played at Phunware?

Phunware was established in February 2009 and over the first five years we raised approximately $17.5M in angel money. In fact, this was the only type of external capital that we raised during our formative years as we purposefully chose not to take funding from any corporate, venture or institutional investors.

Because of the angel capital that we raised, we were able to achieve tremendous early success and literally exponential growth. The angel money enabled us to hire the people to build our platform and sustain our operations while we built out our sales organizations and filed patents vital to protecting the intellectual property of our business. The bigger balance sheet that we created with angel investment allowed us to grow both organically through our own efforts and inorganically through acquisitions as well. We now employ 230 people and were recently recognized as the fastest growing company in Central Texas (Austin Business Journal Fast50), the fourth fastest growing software company in the United States and the fortieth fastest growing company of any type in the United States (Inc. 500, 2013).

Without raising the angel money, the only way that we would have had to survive and grow would have been through customer contracts and bootstrapping. It may have still been theoretically possible to do what we did, but we most definitely would not have been able to grow at the rate or speed that we have historically and continue to achieve now had we not received the angel money that we did.

Angels also provided us with much more than just money. Our angel investors helped us with needed expertise across many functional areas and also opened their rolodex to help us find customers, partners and other investors. Angels currently sit on our advisory board and help us with our Board of Directors behind-the-scenes. We are extremely open and very candid with our investors at all times and because of this, they are more informed and more able to help us find partners and resources externally so that we can then grow bigger, better and faster.

Your businesses, fueled by angel investment, helped create significant job growth. The SEC is reviewing the accredited investor definition and might propose changes that could reduce the pool of angel investors by 60%. What are your views?

Arguably, if the SEC definition and investment rules were such that the angel investment pool was diminished by 60% when we were raising money, then it is quite likely that we would not currently employ 230 jobs globally, nor would we be growing at the pace that we are today.

Respectfully, why in the world would we ever prevent people from investing their own money in to whatever they wish? It simply makes no sense in a “free country”. Everyone in the United States can buy a home, or provide tens of thousands of dollars to a political campaign, but they might be unable to invest in the cornerstone of economic growth and wealth creation – entrepreneurs? We have all met extremely wealthy people in our lives that are far from what we would call “sophisticated” and we have also met a lot of amazing people with incredible talents and expertise who don’t officially meet the definition of being an “accredited investor”.

I was an entrepreneur before I ever had the financial status to be an angel investor or could meet the official legal meaning of being either “accredited” or “sophisticated”. Once I was accredited, however, I made a lot of Angel investments. Some did not work out, but many of them did. In fact, 3 of them … Vonage, Bazaarvoice and RingCentral actually became publicly traded companies while several others were acquired along the way. To put the types of gains possible in perspective, one of the angel investments that my wife Kelly and I made more than 10 years ago was in RingCentral. So far, this investment has returned a multiple of nearly 300 times the money that we originally put in. As you can imagine, you can have someone putting a small amount in to a deal – even $5,000 in a situation like RingCentral – and it would provide nearly $1.5M in returns. This kind of outcome is simply amazing and it begs the only logical question as a result. Namely, why in the world would our government actively encourage someone to waste money on “investments” such as lottery tickets, but then prevent them from making an adult decision and investing their own money in an entrepreneurial venture.

Yes, it is true that someone could lose their investment. But then again, that is the case with everything else in life as well … cars, homes, physical assets, trading cards, mutual funds, bonds and so on and so on. Personally, I have had a wonderful experience being an angel investor. Not only have I had the chance to invest in some great companies, but I have also grown as an investor and individual while building amazing life-long relationships and learned a ton form all cross sections of the community tied to the global start-up ecosystem. I couldn’t imagine being actively prevented from being able to plug in to this type of a network.

I firmly believe that the only way to create economic growth and ultimately wealth is through entrepreneurs. I think that if the United States is truly going to be a free country, then we have to let people do what they want with their own money. Entrepreneurs create the ideas that create the companies that create the jobs that create the wealth … for themselves, their employees, their directors, their advisors and their investors. Why would we want to stop this process? Are we really going to say that we are a free enterprise, representative democracy and then prevent free and law abiding citizens to invest their own money in whatever business endeavors that they want? That clearly makes absolutely no sense at all and it should never be done. Ever.

Vincent Montero
Vincent is a former employee at Phunware, and a mobile marketing industry expert. Follow him on Twitter at @Evinced1.
Recommended Posts 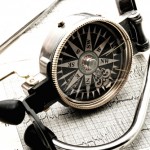 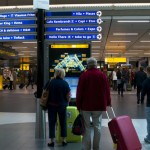