Returning to work after an action-packed conference is always an effort, and for the Phunware team that attended Google I/O, that felt especially true. This year, our group of ten attendees included members from multiple departments including engineering and creative. We were delighted and excited by what we saw and learned.

We were stoked to interact with and learn from the Android community, and especially to see the current and potential uses for new Google Assistant features. Here are some takeaways from our favorite sessions, things we’re looking forward to and a little Android-related “phun.”

We asked our group to weigh in on the announcements and products they were most inspired and excited by at Google I/O 2017. Here’s what they had to say:

“Apart from the new Android announcements (like Kotlin and Android Architecture Components), I was most excited about the other conference attendees. Seeing so many passionate developers in one place really gets me inspired.”
– Dustin Tran, Software Engineer (DT)

“I was most excited about Kotlin and the new Android Architecture Components stuff, but I am also very interested in the Google Assistant API and writing apps for that platform. Android Things was also really cool to see in action.”
– Alex Stolzberg, Software Engineer (AS)

“I was most excited about the incredible community collaboration focus this year. So many of the announcements came about because the Android dev community asked for specific things. Google recognized that and invited non-Googlers from the community on stage for the first time ever.”
– Jon Hancock, Software Engineer (JH)

“I really enjoyed talking to some of the Google design team and going to the sessions on the Google Assistant.”
– Ivy Knight, UX / UI Designer (IK)

“I was really excited to be a part of such a huge conference—and to hang out with the California-based Phunware devs I only see every couple of years.”
– Sean Gallagher, Software Architect (SG)

“What was I most excited about at I/O? The amount of code and time we can save with Kotlin and the new Architecture Components.”
– Nick Pike, Software Architect (NP)

Want to stay up to date on the latest and greatest in mobile news? Subscribe to our monthly newsletter!
SUBSCRIBE TO THE NEWSLETTER

What Was the Most Impressive Session at I/O 2017?

Thanks to our ten-person Phunware team, we were able to attend a broad selection of the 150+ sessions offered at I/O this year. Which impressed us the most?

“I was most impressed by What’s New in Android, where we learned about many tools—like an official Android emulator with Google Play pre-installed, and Android Profiler which allows precise and real-time app monitoring—that will make Android development much easier. Equally impressive were the Architecture Components sessions. Google has realized that developers often have to solve the same problems: network calls to retrieve data through orientation changes and caching / persisting that data. Now, they’re providing easier-to-use and standardized components to utilize when implementing these common use cases.”
– DT

“My favorite session was Introduction to Kotlin because of the sheer number of jaw-dropping moments. “
– JH

“Building Apps for the Google Assistant got me excited to try building an Assistant app myself. API.ai looks great.”
– IK

“My favorite session was the Office Hours during which we got some really good one-on-one time with Android NDK team devs. They answered a lot of tough questions. Not only were they helpful, they were also great folks!”
– SG

“Life is Great and Everything Will Be Ok, Kotlin Is Here! (Pretty self-explanatory, right?)”
– NP

One of the best things about attending conferences like I/O is the inside jokes. In case you’re feeling left out, here are some of the Phunware team’s favorite (terrible) Android-related puns:

“Ok Google, give me an Android-related pun…”
– AS

“Can’t wait to check out all the FABulous Materials at I/O.”
– IK

“Need some space to store your app data? Google just gave us lots of Room.”
– NP

Interested in joining the Phunware Android dev team and possibly heading to I/O yourself next year? Check out our open opportunities and apply today! 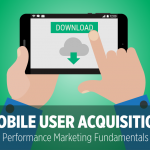 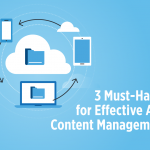