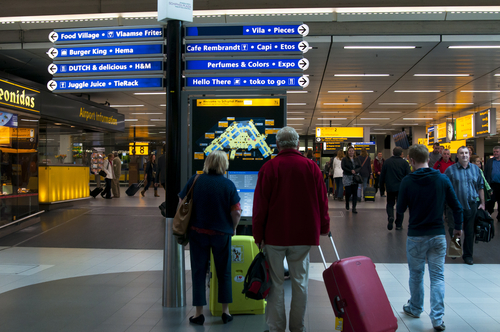 While BLE (now called BlueTooth Smart) hardware beacons have been in the market for quite some time, the location-based marketing world shifted when Apple released a standard they call iBeacon. Apple’s beacon establishes an iOS friendly way BlueTooth Smart beacons communicate with Apple devices.

Beacons are quite simple to understand, and very powerful tools for real-time, digital engagement when paired with mobile applications on a consumers smartphone that are equipped to “hear” those beacons. Beacons are typically small plastic housings, often the size of a matchbook with a single beacon transmitter chip and a watch battery.

However, the iBeacon standard behavior is for a beacon to emit its own identifier several times a second, nothing more. Each iBeacon is then programmed with it’s own unique identifier and placed in key spots around a the interior of a building; on shelves within a retail store, in sections at a stadium or near exhibits at a museum. The venue applications are “virtually” endless.

Once the iBeacons are in place, a smartphone or tablet running iOS will then hear them as they announce themselves. In much the way the Doppler Effect works, approaching a beacon generally means the signal it emits is heard more clearly by the smartphone. A rich mobile application can then be programmed to know which iBeacons are associated with each real-world location. Each iBeacon essentially is a zone within a building, for example an iBeacon with identifier XYZ is determined to be located at the entrance to the women’s department within a store. That triggering event as a smartphone enters the women’s department beacon “zone” opens a world of possibilities for brands and advertisers including: sending greetings, messages or content to the smartphone upon entry, hailing an associate to assist a customer in-aisle, lighting up nearby digital signage with personalized content, changing application behavior to turn on in-store shopping mode or influencing the mobile advertising the user will see.

Beyond the incredible new set of customer service, marketing and engagement possibilities for brands and advertisers as they look to leverage the ubiquity and personal access to opted-in consumers, there is an increasingly fragmented field of hardware and software providers popping up. One of today’s differentiators that beacon providers will present is proprietary beacons that do not follow the iBeacon standard.

While there are several reasons and benefits touted by the beacon manufacturers for going with a proprietary approach, ultimately this is not a good long-term solution. Issues could arise such as:

There are some risks with the current iBeacon standard. It is possible for someone to “spoof” an iBeacon capturing the beacon’s identifier, programming that id into another beacon they set up elsewhere and then triggering false entries from that remote location. This should be considered for any apps that will use the beacons to earn or offer items of value like loyalty points or prizes, or instant coupons. But beyond those considerations, the iBeacon standard is the safest bet for retailers, museums, airports and other facilities that want to take advantage of location’s power for consumer marketing and engagement.

Vincent Montero
Vincent is a former employee at Phunware, and a mobile marketing industry expert. Follow him on Twitter at @Evinced1.
Recommended Posts 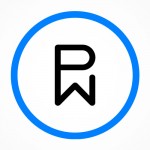 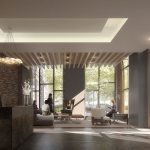