Here at Phunware, we always look for the highest quality Android developers—those who live and breathe Android and are up to date with their Android knowledge and best practices. Alas, developers are human (at least for the near future), and it’s quite possible for a developer to miss the memo on the day a new Android API or best practice rule comes out. It’s also common for Java developers (Java is Android’s programming language) to come from a non-mobile background into Android development. They may read the documentation on developer.android.com (DAC for short) and look at examples, but what about the nuances of the Android framework that can only be learned by making a lot of Android apps?

Lucky for us all, Chet Haase, Senior Software Engineer turned Dev Manager for Google, has released a series of articles on medium.com to help Java developers understand the patterns of Android development that might seem alien to the non-mobile-trained. It goes without saying that current Android developers can also benefit from a refresher course. These helpful articles are broken down into Android development rules in the context of: memory, performance, networking, language and libraries, storage, framework, and user interface. Googler Haase also goes over some useful tools used to help debug and analyze Android apps.

Haase’s series is quite a long read, unfortunately. If you’re a TL;DR kind of person or you’d rather watch a video overview and refer to the articles later for detail, you’re in luck. At the 2015 Big Android BBQ in Hurst, TX (attended by several Phunware team members) there was a session on this exact series of articles, given by none other than Chet Haase. Like all Google-related sessions, it was recorded. Watch it to learn, in Haase’s words, “What are all the things that we think are obvious, but typical Java developers do not?”

For more mobile updates and insights, subscribe to our monthly newsletter.

Dustin Tran
Dustin Tran likes to go fast—in cars, and in code. He loves his Subaru WRX STI, Zooey, almost as much as he loves his job as an Android Software Engineer at Phunware.
Recommended Posts 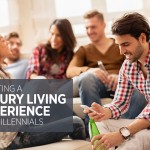 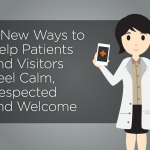